Was it not just May? Did June even happen? How frickin’ fast did July blaze by? I don’t remember much of those months, aside from a couple missions into Alaska and one to the Upper Columbia River.

Now it’s late summer, with smoke hanging in the western valleys from Southern California to British Columbia and inland through the Rockies. I don’t remember when it last rained. The sun appears each day as a toxic red menace. It’s surreal, a sci-fi movie set. I’m just waiting for the news outlets to say Area 51 is active again and that additional landings are expected in my neighborhood, too. I figure, as long as they can fight fires and don’t eat fish, the more the merrier.

None of this is good news for western fisheries, especially anadromous runs of salmon and steelhead that already battle exceedingly warm water temperatures while navigating upstream to their spawning grounds. Late summer fishing may come down to a personal choice of whether you care for fish or not. If you target them in the high, cold lakes and tributaries, you’re alright. If you fish the mainstem streams for trout, salmon and steelhead, among other species, you may be releasing fish with imperfect equilibriums and saying, “I think that one will live.”

Which brings us to the cusp of fall. Diminishing daylight. Cool overnight temperatures. The end of fire season. And, eventually, the first dusting of snow in the high country. A really good time to fish.

There will be plenty of land-based options, especially in the Pacific Northwest and the northern Rockies. Steelhead come to the forefront from Oregon, Washington and Idaho, up through Canada. Oregon’s Deschutes and Washington’s Klickitat are two very good options as conditions cool. Idaho’s steelhead, which have to negotiate a labyrinth of dams to reach their spawning grounds 500 miles inland from sea . . . well, they could use a break. Any break they can get. Skeena country is the epicenter of the steelhead universe during fall and Canada is once again inviting people into the country to fish. Should be some great last minute lodge options available.

Coho salmon are spilling into rivers up and down the coast and throughout Alaska. Late August and early September are game-time for Southeast Alaska’s coho and the Boardwalk Lodge on Prince of Wales Island near Ketchikan offers prime grounds for those acrobatic fish. They range between six and 15 pounds on average, eat flies very well, and anyone who fights a few of them would be hard pressed to say that coho aren’t the most entertaining of the five Pacific salmon species.

Trout are at their best in western Canada and the western U.S. during fall. British Columbia and Alberta’s wild cutthroats are loading up on October caddis, Hecuba and blue-winged olives. That region’s bull trout, on the Columbia, Kootenay and Elk rivers, among others, are mowing down on kokanee salmon and any other unfortunate fish that gets in their way . . . and sort of fits in their mouths. And the brown trout run is starting in the western U.S., most noted in the Yellowstone region, which is often called the “Golden Triangle” of trout fishing.

It’s not all about fresh water. Fall in the salt holds merit too. And you might find some last minute bookings at great lodges as kids head back to school and the pandemic, with its weird demands, continue. I don’t know, getting out of the smoke and fire and onto a saltwater flat, with the wind blowing through what’s left of my hair and a Belikin or Kalik in hand . . . well, that sounds awfully good right now. Bones, permit, resident tarpon, and maybe a few migratories, are the real appeal.

We hope this issue of FFI mag, with a focus on late summer and early fall fishing, gets you all jacked up to throw a line. Make wise decisions on where you want to fish, with the resource at the forefront of your consideration, and reach out to us if you want to talk flies and fish, trip details, and last minute discount opportunities. It’s the fourth quarter for 2021. The year is quickly slipping away. —Greg Thomas

WELCOME TO THE
AUGUST EDITION Golden Hour in The Canadian Rockies
By Curtis Hall

Mexico’s Ascension Bay . . . For Your First Permit
By Katka Svagrova Getting “Tanky” on British Columbia’s Bulkley
By Chris Santella Hurricane Season—To Fish Or Not To Fish
By Will Robins 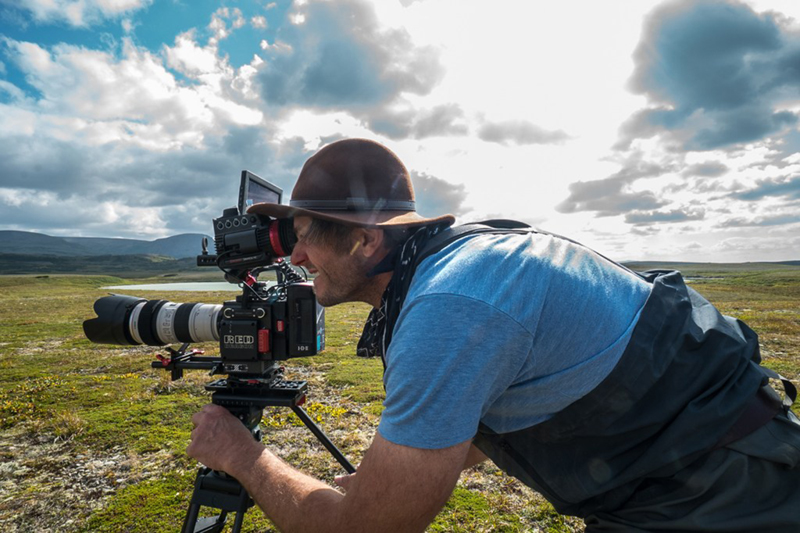 The Ones We Lose
By Erin Spaulding Tying In The Round For Larger Trout
By Dana Sturn