BROUGHT TO YOU BY
GIL'S FLY FISHING INTERNATIONAL
SIGN IN/SUBSCRIBE
HOME
APRIL 2022 FEBRUARY 2022 DECEMBER 2021 OCTOBER 2021 AUGUST 2021 JUNE 2021 APRIL 2021 FEBRUARY 2021
ARTICLES
ABOUT
CONTACT
Del’s Merkin Permit Fly
If you could only fish one permit fly for the rest of your life, the Merkin would be a wise choice.
By Arek Kubale
DOWNLOAD PDF This pattern goes by several different names—Del’s Merkin Crab or Del Brown’s Permit Fly, to name a few. Semantic differences aside, three things are certain—it was invented by Del Brown, it resembles a merkin crab, and it is one of the best permit flies ever invented. But why is it so popular? The primary explanation would be the number of permit taken on this fly, which is relatively astronomical. But when you take a closer look you’ll see another reason—it’s paradoxical simplicity. I say paradoxical because this fly doesn’t look simple at all in its finished form. And yet it consists of relatively few ingredients: two feathers that mimic pincers, a yarn body, Sili Legs and dumbbell eyes. Nothing more, nothing less.

After decades of permutations there have arisen different shapes-styles and variations of Del’s Merkin Crab. Whatever the style, it’s worth sticking to several basic rules at the vise. First of all, always add your weight near the hook eye—this is the secret of proper fly position after it drops into the water (pincers up and out, like a real crab defending itself). Second, experiment with body materials. Originally the fly was tied with rug yarn (Aunt Lydia’s Rug Yarn, which has since been discontinued), but you can substitute EP Fibers or a Mono Yarn for extra stiffness (as we did with our variant). Lastly, the final trim of the body should be dictated by your ultimate presentation goals: a narrow body for a faster drop in deeper water, or wider body for a slower drop in shallow water.

Last but not least, try to match yarn colors with the colors of the crab in your fishery. If you’re heading to new water and are unsure, yarns in cream or tan are a safe bet for filling your fly box. Step 1: Secure the doll eyes at the thorax position on the hook.Secure the hook, attach thread and cover the hook shank. 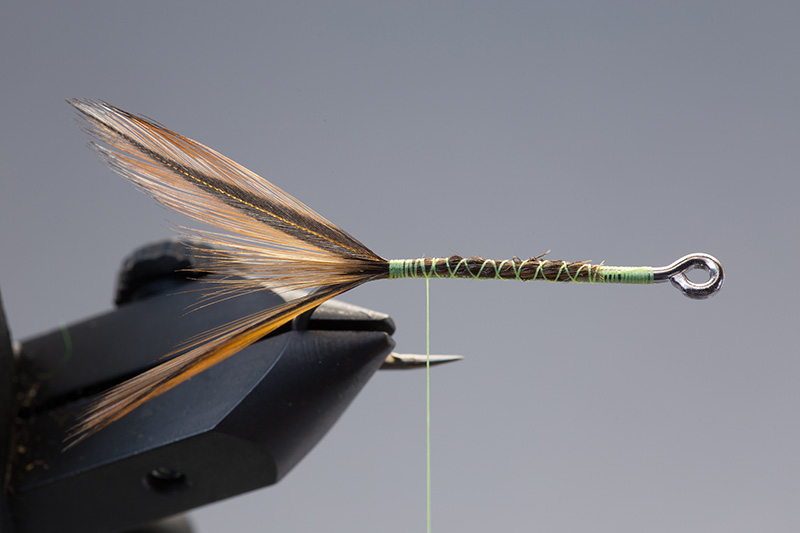 Step 2: Tie in the rooster feathers near the hook bend, so they spread out in the shape of the letter V. 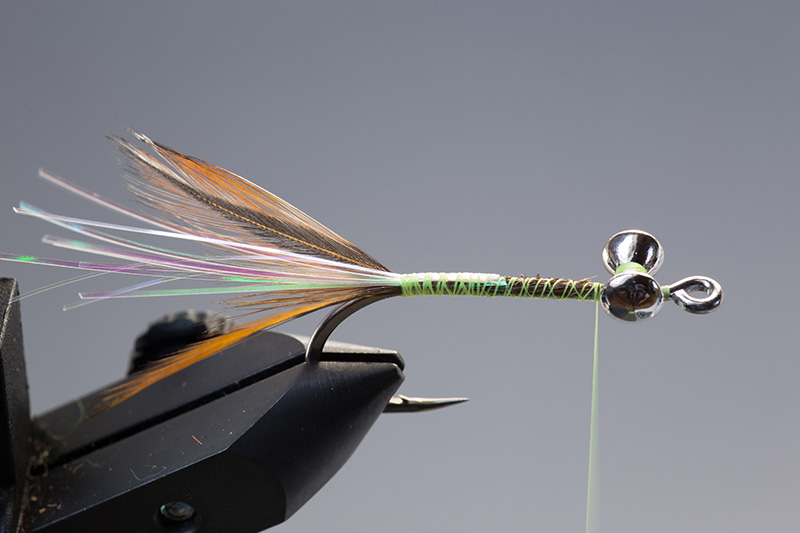 Step 4: Tie in the dumbbell eyes, making sure they don’t wiggle to an angle off the shank. If you plan on adding a mono weedguard at a later point, remember to leave some extra space between the dumbbell eye and the hook eye. In either case, add some Super Glue to secure the dumbbell eyes. Step 5: At the top of the shank, tie in the first thin clump of yarn using a figure-eight wrap with your tying thread. 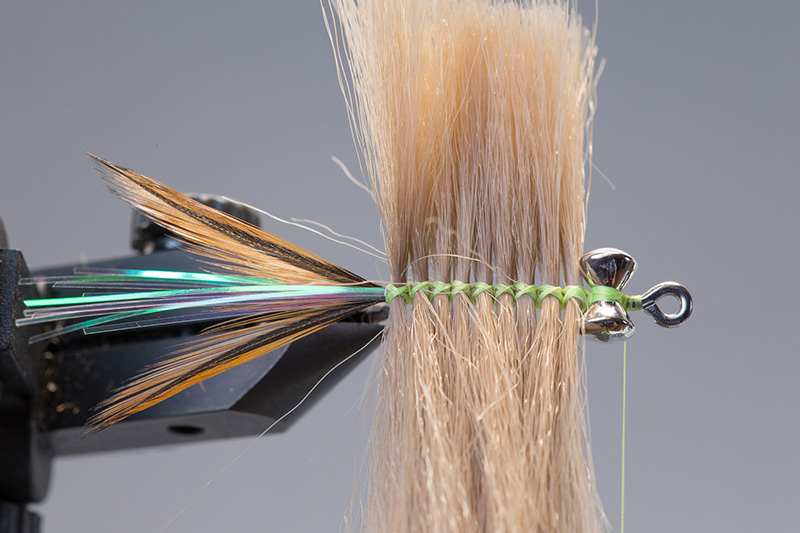 Step 6: Continue attaching several more clumps of yarn with figure-eight wraps until you reach the dumbbell eyes. Each time you tie in a clump, press and massage it firmly against the previous clump so it’s packed in tight as can be, without unnecessary gaps. If you are opting for a weedguard, tie it in now. 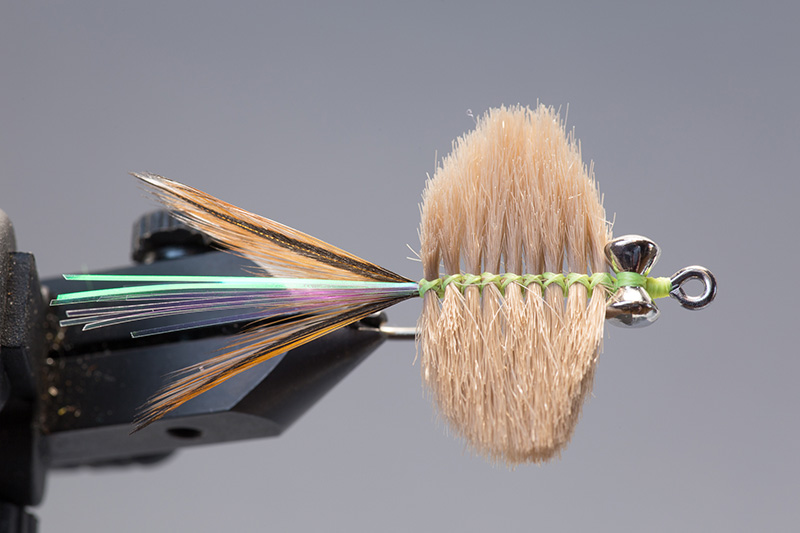 Step 7: Whip finish, then cut and trim yarn to your desired crab shape. Step 8: Separate the yarn body at tie-in points and use a square knot (not a double granny knot!) to tie in the Sili Legs. Take care not to trap any strands of yarn. Add one drop of Super Glue at each Sili Leg’s knot point. Step 9: For increased durability, hit each figure-eight thread wrap on the underside of the fly with UV resin. Step 10: Cut the legs to length and color leg tips with a red permanent marker. Tied by Agnieszka Kubale
Text and photos by Arek Kubale Agnieszka and Arek Kubale
Married couple Agnieszka and Arek Kubale own and operate Tuhola, a fly-tying company that supplies anglers across Europe with a wide range of flies–from trout and grayling patterns to saltwater offerings. Agnieszka is renown for her UV resin scud patterns and clean tying technique. Arek is an outdoor photographer and co-editor of the Polish flyfishing magazine Sztuka Łowienia. They live on the Baltic coast in the small fishing village of Junoszyno, Poland. See more of their patterns at tuhola.net.